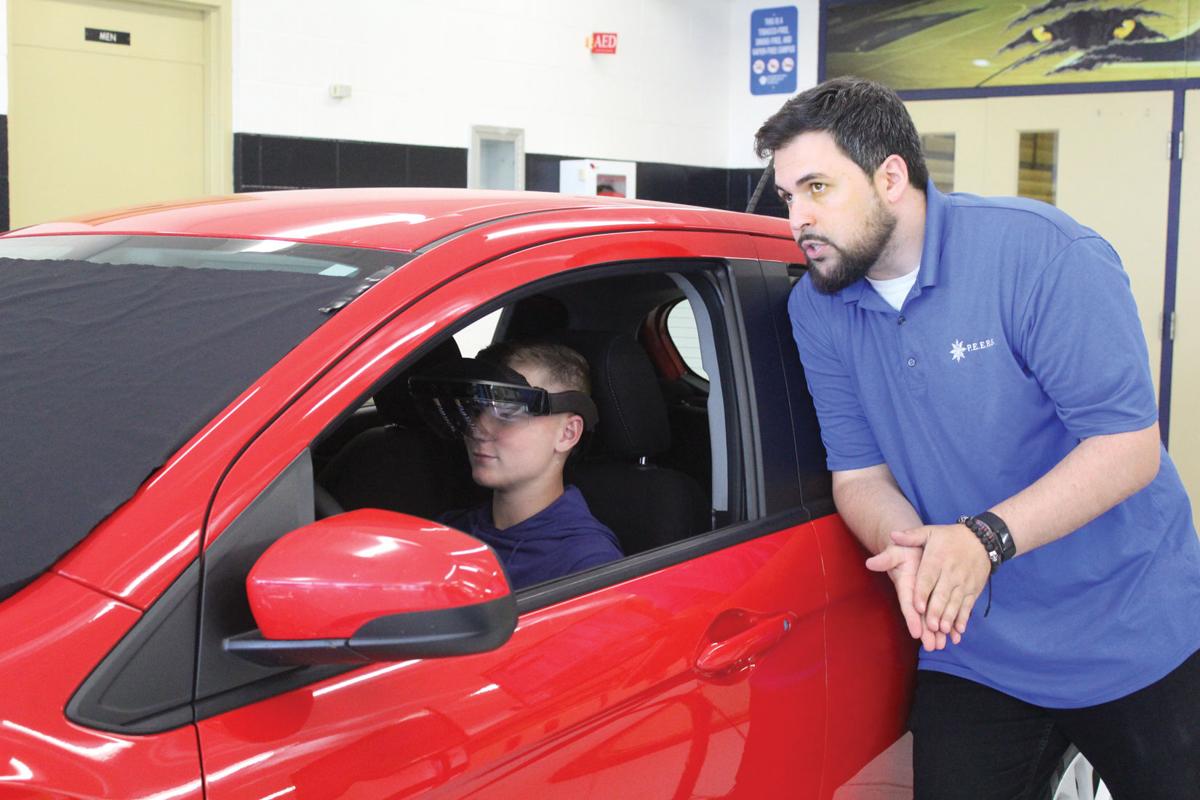 A red Chevy Spark sitting inside Elizabethtown High School had some students doing a double take Wednesday while walking down a hallway.

It also allowed some of those students the opportunity to participate in an Augmented Reality Distracted Driving Education Simulator. Presenting the simulator at the school was the PEERS Foundation. The Grand Rapids, Michigan, organization was sponsored by State Farm Insurance to host the event.

“We’re traveling around the country to raise awareness on the dangers of distracted driving,” said Joshua Jackson of the PEERS Foundation.

“We travel a lot, so we actually see the issue out on the road,” he said. “We are constantly on the move working from state to state. We see the accidents and we see the people on cell phones.”

The students, ranging from 10th to 12th grade, watched a Public Service Announcement on distracted driving and then had the option to get in the simulator, where they were tasked to use their phone and see what could happen.

“It was a cool experience,” said Will Kerr, a sophomore.

According to the Department of Motor Vehicles, nine people in the U.S. are killed each day as a result of crashes involving a distracted driver.

“We hope that they (the students) realize the importance of driving without distractions. Since they are budding drivers, we want to make sure that they understand how serious especially texting while driving can be,” said Karen Skees of the Elizabethtown Youth Services Center.

Skees and Elizabeth­town Police Department officer Kel­ly Tipple, the school resource officer, sponsor the school’s Stu­dents Against Destructive Deci­sions club, which was essential in getting the simulator to the school.

Tipple said phone use is one of the biggest issues officers see on traffic detail.

Tipple added it’s a huge problem not only for teenagers but for adults.

“It takes but a second or two of looking away and it could kill somebody,’’ he said. “I think a lot of people justify it, oh, it is just a second, just two seconds of me looking down, but that is all it really takes for something to happen.”