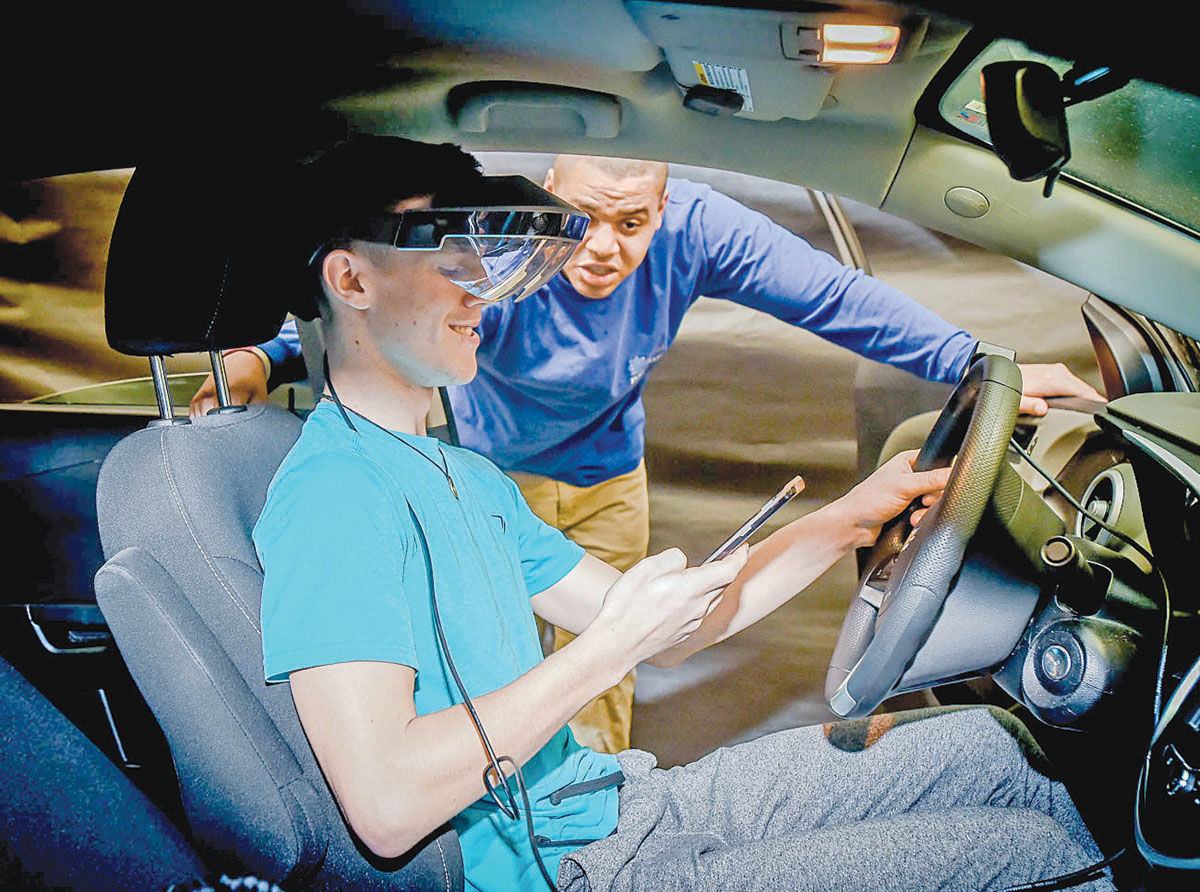 MADISON HEIGHTS — Students at Lamphere High recently got to see how easily distracted driving can lead to disaster.

Lamphere High is one of 50 schools in Michigan to host ARDDES, an interactive experience presented by the PEERS Foundation in partnership with General Motors. ARDDES stands for Augmented Reality Distracted Driving Education Simulator. The event occurred Feb. 6.

Students sat in the driver’s seat of a stationary GM vehicle and controlled the steering wheel, turn signals and pedals while wearing a Meta2 head-mounted, augmented reality display, courtesy of Gravity Jack. The headset immersed them in realistic scenarios where they faced distractions such as phone calls, text messages and social media while driving. At the same time, they had to make quick decisions regarding traffic, pedestrians, passengers and more.

The main takeaway: Simple distractions can have deadly results.

“There’s a general concern about this universal problem,” said Jackie Gilmore, a teacher at Lamphere High and the coordinator for SADD — Students Against Destructive Decisions. “Because we’re a high school, most students begin driving during the years that they’re here. It’s imperative that we educate them on the issues of distracted driving before they become drivers, as well as after the fact.”

SADD sponsored the event. The students in SADD have also worked on campaigns to reduce speeding and alcohol use, and to promote seat belts.

As for PEERS, the nonprofit noticed a trend in 2008 of distracted driving among young drivers and responded with more than 2,700 events educating 1.1 million teens. GM invested in the group, extending its reach. Gravity Jack, meanwhile, has worked on similar projects for Intel Corp. and the U.S. Department of Defense.

“I think it should be noted that Jackie’s leadership with SADD is impressive and likely has impacted LHS being chosen as one of 50 high schools in Michigan for this experience,” Fuller said.

Gilmore added: “It’s amazing that we were offered this opportunity.”