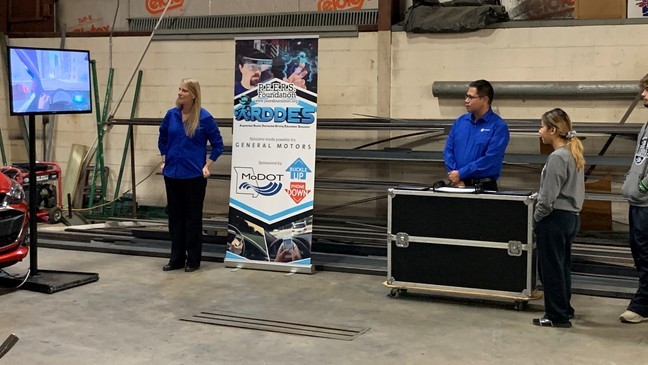 MILAN, Mo. — According to a recent study by WalletHub, Missouri teen drivers rank among the worst in the nation.

In an effort to change that statistic, a Michigan based non-profit organization will be visiting ten Missouri schools to help increase teen safety behind the wheel.

Using augmented reality, the ARDDES Program has been proven to raise awareness and change distracted driving behaviors in 88% of previous participants.

We visited Milan High School during the event and spoke with Joshua Jackson, PEERS Foundation Brand Ambassador, about how the program works.

According to PEERS Foundation CEO Mike Seymore, they’ve made the program as realistic as possible. They use a real car with participants seeing oncoming and passing traffic.

The simulator challenges participants to make quick decisions regarding realistic distractions from traffic, pedestrians, passengers and cell phones while driving.

They’re able to do this program because the Missouri Department of Transportation partnered with the foundation, the first state department to partner with them. A NHTSA grant produced the funding for the ten visits.

The schools were chosen based off reports stating that those schools had a less than 60% seat belt usage among teen drivers in 2018.