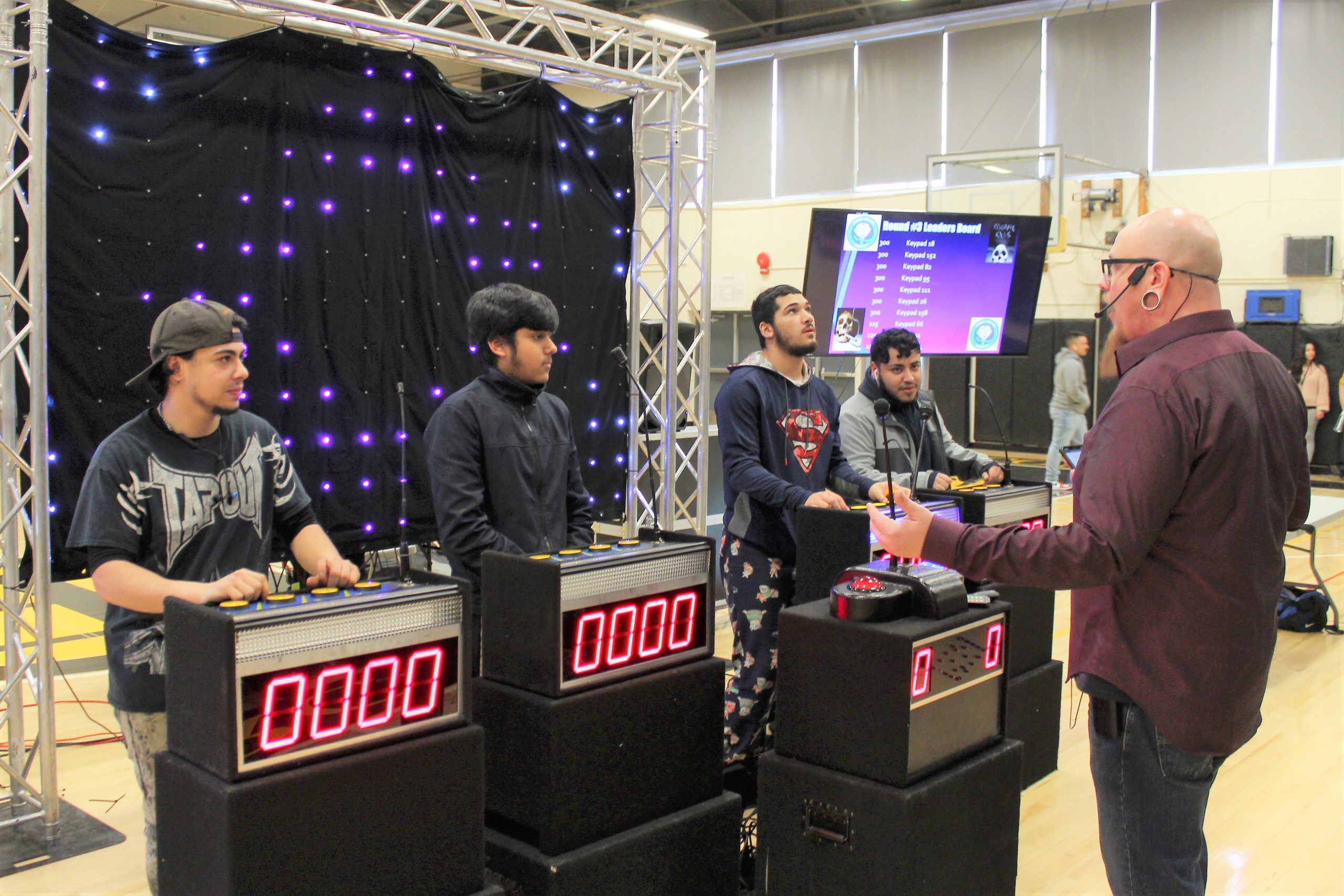 As part of FCSD’s commitment to good health and well-being, Fallsburg High School held a Vaping Awareness program on February 11, 2020 for 9-12 graders in the school gymnasium.  The event was organized through the school administration of Principal Dawne Adams and Interim Assistant Principal Louis Trombetta.  Family and Community Engagement Director Aleta Lymon contacted Peers Foundation in Michigan, who presented the program.  Head of the FCSD Wellness Committee Suzanne Lendzian was the host and introduced the event entitled, “Vaping Awareness & Nicotine Prevention Game Show.”  This was the debut performance of this vital program in Sullivan County.

According to the Center for Disease Control, about 4.7 million middle and high school students in the United States use at least one tobacco product, including e-cigarettes.  The goal of the event is to educate students on the harmful effects of vaping to their health.  Students experienced a reality check through the vaping awareness interactive game show.

PEERS’s Adam Simmons was emcee, and Ryan de St. Germain provided tech support for the presenters.  FHS Staff distributed hand held remote controls, similar to an automobile keyless entry fob.  Two large screens flashed multiple choice questions relating to vaping and nicotine intake, while the emcee voiced the question to the audience.  Students chose their answer with the remote aimed at the screen.  After four or five questions, the students with the most correct answers were shown on the screen by the “winning” remote numbers.

Adam picked four contestants from those winning numbers to come to the players stations.  He then asked a question about use of vaping products that demanded an immediate response.  A light would shine in front of the player who pushed the fastest button.  Just like Jeopardy and the other television game shows!

Correct responders then received actual prizes in the form of five-dollar bills or had to perform an amusing feat in front of the audience.  The excitement was palpable.   While having fun, the students were learning how dangerous vaping and nicotine inhalation was, especially for their age group.  They also saw how the makers of these electronic devices were using fruit and candy flavors to attract young people.

The PEERS Foundation is doing research with the results of these programs throughout the nation over the past year.  The feedback from school districts has been positive and encouraging.   The game show dramatically raises awareness of how smoking e-cigarettes can manifest into addiction and health issues.