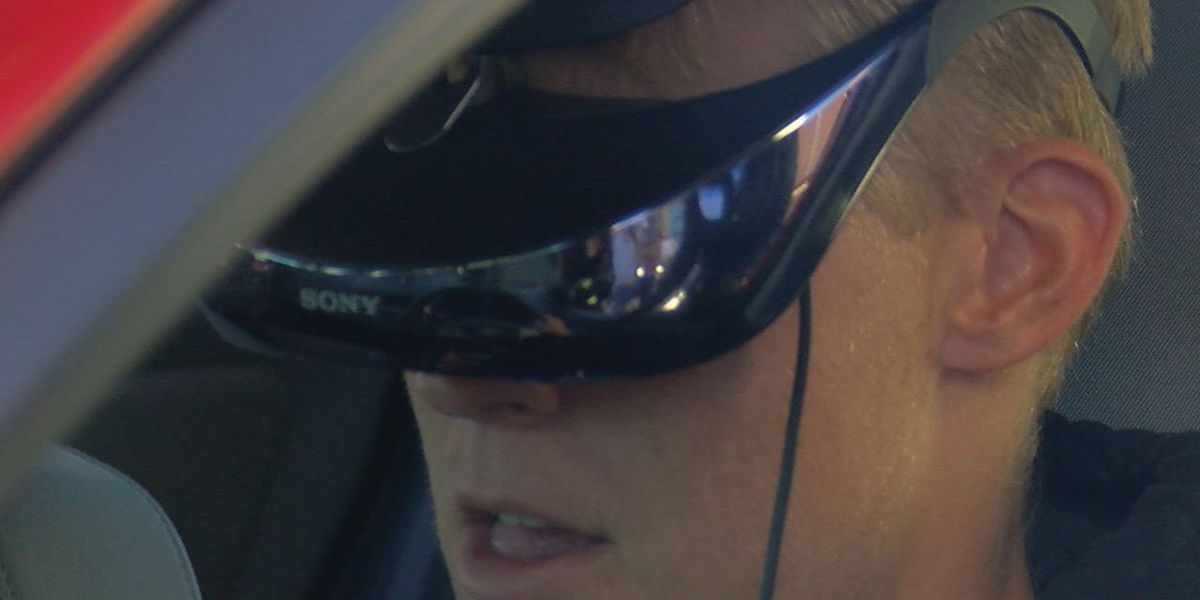 DUNCAN, OK (KSWO) – The dangers of texting and driving were front and center at Duncan High School Monday. State Farm and the PEERS Foundation brought their teen driving safety simulator to town.

The students said it was one of the most challenging things they’ve ever done, and it made them realize how difficult it is to text behind the wheel. Armed with their smart phones and a pair of virtual reality goggles, students at Duncan High School got to see the risks of distracted driving first-hand.

They had to avoid near misses with bicyclists and pedestrians, and close calls with other drivers, all while trying to text. It was a task that many of them failed.

“Whenever I would look down at my phone, and I look back up to try and like do both I couldn’t really see the road what so ever so I didn’t see the on coming car when I crashed,” said Bruaght.

Everyday 11 teens across the United States are killed while texting behind the wheel. The PEERS Foundation teamed up with State Farm to show kids how easy it is to get distracted while driving. They hope this simulator will make them think twice before picking up the phone.”

“Yea it does, just don’t be on your phone at all, its bad,” said Maldonado.

“Yes it does make me especially because I like to listen to music, I’m very tempted all the time to get my phone and change the song or something, but I think the simulator was a wake up call for me to not do it anymore,” said Montell.

Organizers said even though the experience is in a virtual reality environment, it is an example of a hard reality that could happen to anyone.

“The couple of seconds it takes just to even unlock your phone or to open a text app is the distance they are driving across an entire football field so that’s exactly how far you going and that;s exactly how fast an accident happens,” said Mercouffer.

“It’s just something you do everyday you don’t necessarily think that it’s a big deal until your in control of a thousand or two thousand pounds of metal that moving at 30 or 45 miles per hour,” said England.

After completing the course, students were encouraged to sign a pledge to not text and drive. They also received a certificate.The PEERS Foundation will be at Duke, and Navajo in the next two days. They will travel to high schools in Louisiana at the end of the week.