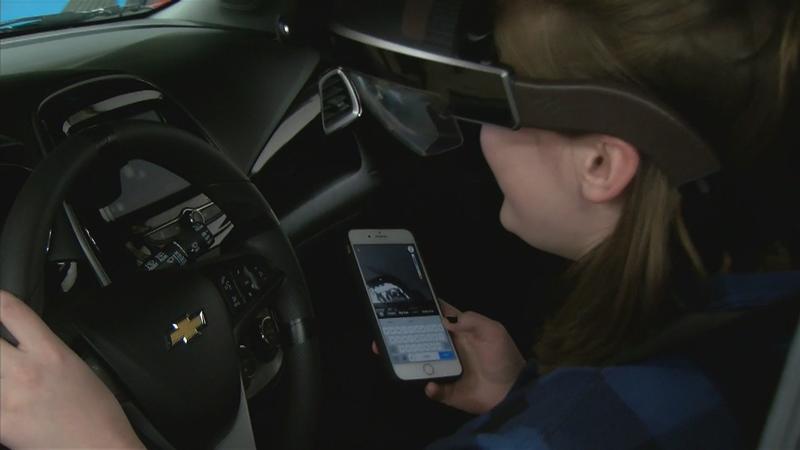 (ABC 6 News) — The hands-free law went into effect on August 1, but it seems that some drivers across the state of Minnesota still haven’t adjusted to the new conditions, and for young drivers, the law is even more strict.

To clear up any confusion of the way the current hands-free law applies, Minnesota State Patrol posted to their facebook a reminder of how the law affects teen drivers.

“If you have a provisional driver’s license or a driver’s permit then you cannot use your phone at all, so it just has to be totally hands-free,” said Sergeant Troy Christianson of Minnesota State Patrol.

Coincidentally, the day officials put out a reminder, Mayo High school got a visit from a traveling simulator that also stresses the dangers of texting and driving.

Many of the students shared that even though they know distracted driving is dangerous, the simulator was still very important to experience because, for some, this reality may take more time to set in.

“Teens mostly feel invincible like they can do whatever they want, we’re young but actually bringing this here sort of puts us in the shoes of someone who is in the situation, ” said Isaac Ackerman, who is a student at Mayo High school. Ackerman says even though he doesn’t drive yet, he already has ways to prevent himself from falling into distractions. Other students agree that the selfies can wait.

“It’s really not cool because you’re putting everyone in your car and everyone around you in danger,” said Audrey Van-Brunt, who was one of the first students in her class to try the simulator.

It’s not real, but it’s real enough for students to see the damage that a few seconds on your phone can cause.

“The kids sit down in the car, in the driver’s seat of the car and we’ll have them get their speed up to 30, and then we’ll have them get on their cell phones and we’re trying to distract them to show them how quickly things can go wrong once they’re distracted,” said Julie Piotrowski, one of the 3 Brand Ambassadors from the PEERS Foundation in Grand Rapids, MI.

The simulator travels state to state on grants, allowing students to see what real-life scenarios can occur because distracted driving happens everywhere.

“It’s just, it’s getting so bad out there. It’s become so normalized for people to be on their cell phones while they’re driving,” said Piotrowski.

“The simulation proves how difficult it is to be distracted, to be on your phone while you’re driving,” said Van-Brunt.”